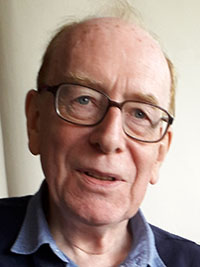 Professor Peter K Smith is Emeritus Professor of Psychology at Goldsmiths College, University of London. He has researched extensively in aspects of children’s social development, and was Head of the Unit for School and Family Studies there from 1998-2011. He is a Fellow of the British Psychological Society, the Association of Psychological Sciences, and the Academy of Social Sciences. In 2015 he was awarded the William Thierry Preyer award for Excellence in Research on Human Development at the European Society for Developmental Psychology conference in Braga.

He is co-author (with Helen Cowie and Mark Blades) of Understanding Children’s Development, a widely used text whose 1st edition came out in 1988 and whose 6th edition was published in 2015; and co-editor (with Craig Hart) of the Wiley-Blackwell Handbook of Childhood Social Development (Blackwell, 2002; Wiley-Blackwell, 2010). His authored book Adolescence: A Very Short Introduction (Oxford University Press) was published in 2016. Altogether he is an author or editor of 31 books, several also translated into other languages. Besides books, he has published over 200 refereed journal articles and 125 book chapters.

His most extensive research has been on bullying and violence in schools, where he has led a number of research projects including a COST Action on Cyberbullying (2008-2012) and an Indian-European Network on Bullying, Cyberbullying and School Safety (2012-2015). In the UK he helped produce the national anti-bullying pack Don’t Suffer in Silence (1994, 2nd edition 2000). In 2011 he led a group reporting on Prevention and response to identity-based bullying among local authorities in England, Scotland and Wales to the Equality and Human Rights Commission, and carried out research on the use and effectiveness of anti-bullying strategies in schools for the Department for Education, London.

His recent publications in this area include The Psychology of school Bullying (Routledge, 2018), and co-edited collections Bullying, cyberbullying and pupil well-being in schools: Comparing European, Australian and Indian Perspectives (Cambridge University Press, 2018) and School Bullying in Different Cultures: Eastern and Western Perspectives (Cambridge University Press, 2016).
As a member of the project team, he will assist throughout in the implementation of the Work Plan. He will take lead responsibility for the Communications Plan and the cyberbullying guidance leaflet. He will identify partner schools/community youth settings in his region and organise and co-facilitate the young people's focus groups, as well as arranging for the completion of the online survey. He will host the third transnational meeting in London.