Keynote
See below for information about the keynotes. 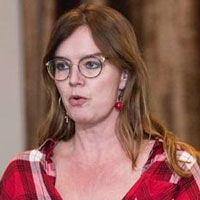 Research has demonstrated that integrating software testing in programming courses has many benefits for: increasing students performance, providing better feedback and a more objective grading process. However, the drawbacks identified to integrating software testing in programming courses are still many, and probably the reasons for it not to be done yet worldwide.

In this keynote we introduce TILE - Test Informed Learning with Examples, an approach for the early introduction of software testing in introductory programming courses in a seamless and subtle way.

TILE introduces students to testing from the very first example program they see and write themselves. Testing will be introduced in a smooth and continuous way as an inherent part of programming, and not as a separate activity. Moreover, we will make use of clever and indirect methods to teach them testing knowledge and skills.

In this keynote we will explain the TILE approach and how it can be used by any teacher to effortless introduce testing in their programming course. Then we show how TILE will help to solve (or at least soften) part of the drawbacks identified in research.

Tanja Vos is full professor at the Open University (Netherlands) and an associate professor at the Universitat Politècnica de València (Spain). For over 20 years she has been teaching and researching in the area of software testing. She has worked with many companies on automated testing projects in an industrial setting. She is currently project lead for the TESTAR.org approach for automated testing at the Graphical User Interface level. Tanja has successfully coordinated EU-funded projects (FITTEST, EvoTest) related to software testing and has been involved in various Erasmus and Leonardo initiatives that try to help business understand academia and vice versa. She started the Software Testing Innovation Alliance in Spain and is now involved in the European Alliance. Last year she finished the successful involvement in the ITEA TESTOMAT project. This year she is again involved in a new ITEA project called IVVES, a project that investigates AIO for testing and the testing of AI with companies like Philips and Cap Gemini. She is all coordinating the Spanish consortium in the H2020 DECODER project to integrate TESTAR into the developed IDE, and iv4XR about testing XR systems. 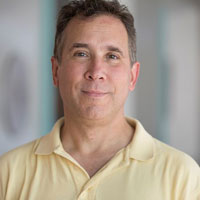 Reaching Everyone by Integrating Computing Everywhere

Mark Guzdial is a Professor in the Computer Science & Engineering (CSE) Division and in Information at the University of Michigan. He is an ACM Fellow and part of the Center's technical assistance capacity.

Guzdial is a computing education researcher - he studies how people come to understand computing and how to make that more effective. He was PI for the NSF BPC Alliance 'Georgia Computes!' (2006-2012 which improved the number and diversity of students in Georgia pursuing computing-intensive degrees. He was one of the PI’s on the NSF BPC alliance 'Expanding Computing Education Pathways' (2012-2018) which helped 16 US states and Puerto Rico improve and broaden their computing education.

His research focuses on making computing accessible to people who fail to thrive in traditional CS education. He led the CSLearning4U project to create ebooks to help high school teachers and students learn CS. He invented 'Media Computation' as an approach to learning computing focused on communication, and he has published several textbooks on the use of media as a context for learning computing. His most recent book is Learner-Centered Design of Computing Education: Research on Computing for Everyone (Morgan & Claypool, 2015). In Fall 2020, he was awarded an NSF CS for All grant to develop programming activities for middle and high school history classes. His blog on Computing Education Research has over 7000 followers.

He is on the editorial boards of the 'Journal of the Learning Sciences,' 'Computer Science Education,' 'ACM Transactions on Computing Education,' and 'Communications of the ACM.' With his wife and colleague, Barbara Ericson, he received the 2010 ACM Karl V. Karlstrom Outstanding Educator award. He was also the recipient of the 2012 IEEE Computer Society Undergraduate Teaching Award. He is an ACM Distinguished Educator. He was the recipient of the 2019 ACM SIGCSE Outstanding Contributions to Education award.