Energy and mobility in the smart city

This workshop takes a particular interest in energy and mobility issues. The focus of the plenary sessions will be on two smart city innovations: smart grids and autonomous driving. Both issues draw on arti­ficial intelligence and both involve high security stakes.

The smart grid is supposed to contribute to demand management of electricity. In times of peak electricity demand, the smart grid postpones non-urgent activities and reschedules them to times of low demand. Smart grids could also be linked to batteries of electric vehicles which could be used as storage capacity. However, such efforts run into problems of data privacy and data security. The system needs to be secured from unauthorized access, drawing on strong systems of user authenti­cation. Secondly, who owns the data generated by users and who is allowed to exploit that data for profi­ling? Resilience is another strategy of securing; resilience could imply diversifi­cation and subsystems, but also electricity back-up systems for critical infrastructure like hospitals.

However, there is a clear tension between efficiency, privacy and resilience in the smart city. How can the fascinating idea of load management contributions be rendered operational and safe?

Autonomous driving is the key technological innovation in the fi­eld of mobility. It is of primary interest to the sustainability agenda as it has (in theory) the potential to reduce the number of cars by 70%, and even more when integrated with efficient public transport. There are challenges to secure the data so that cars that drive autonomously cannot be 'taken over' by non-authorised persons. Self-driving cars need to be set up to respond to abnormal behavior by promptly self-correcting. At what point should humans be able to intervene and take over? Moreover, many legal questions have not been resolved, including liability in case of accident (who is 'the driver'?).

Finally, energy consumption and production models need to be adapted to take into account the needs of autonomous vehicles as these will be mostly electric. How can autonomous driving be rendered safe and ecologically sustainable? 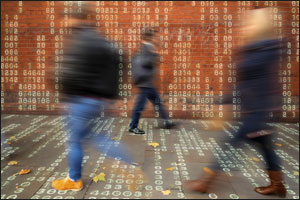