Fred Mulder (1949) graduated at the University of Twente in the Netherlands as an engineer applied mathematics and he obtained his doctorate at the Radboud University (formerly Catholic University of Nijmegen) on a theoretical chemical subject. He was one of the pioneers of the Open University of the Netherlands (OUNL). Since 1983 Fred held various positons at the OUNL. After having worked outside of the OUNL for a short period he was in 2000 appointed member of the Executive Board of the OUNL and from 2002 until and including 2010 he was the first rector magnificus at the OUNL.

In this period Fred was closely involved in the developments concerning the digitalisation of education, such as the founding of the digital university and the national program Wikiwijs. In 2007 he received a high royal honour for his efforts in the field of lifelong learning. In 2010 Fred was appointed professor of Open Educational Resources (OER) with a UNESCO chair and from 2011 until 2014 he was university professor at the OUNL and subsequently he retired and stayed attached to the faculty of Management, Science & Technology of the OUNL as honorary professor. In this period Fred was involved in the OpenupEd initiative of EADTU. This concept of open education policies and MOOCS (Massive Open Online Courses) Fred propagated in Africa and Asia in cooperation with UNESCO.

Fred was chair of the core group of the National Initiative Lifelong Learning, and a member of the executive committee of the European Association of Distance Teaching Universities (EADTU) and of the European e-Learning Industry Group. Additionally he was chair of the joint taskforce Open Educational Resources of UNESCO and the International Council for Open and Distance Teaching Universities (ICDE), and he was responsible for and felt very much attached to the experiment with Open Educational Resources of the OUNL. In 2011 Fred was awarded the ICDE Individual Prize for his contribution to the international OER movement.

Furthermore Fred was founder of the Global OER Graduate Network (GO-GN) which created a Fred Mulder Award for Best Open Education Research Paper and Best Open Research Practice that will be granted in 2019 for the first time. In addition he was involved in the project ‘Mind of the Universe’ of the public Dutch broadcasting organization VPRO; an ambitious Open Source project that attracted world-wide attention. This led for instance to an Honorary Fellowship for Fred at the Open University of China.

Fred Mulder was passionately convinced of the importance of education for the development of people and he regarded his work at the OUNL as a possibility to realise his dream: enabling access to high quality higher education for anyone. Fred had a tremendous knowledge concerning content of files, he communicated clearly, was honest and was able to convince and motivate people by his personal approach. Internationally Fred was considered to be one of the iconic leaders of the Open Education movement.

Fred Mulder’s funeral will be on Monday 15 October 2018 from 0:30 p.m. in the Church of Saint Jan in Maastricht. Directly after the funeral, the cremation will take place in private. 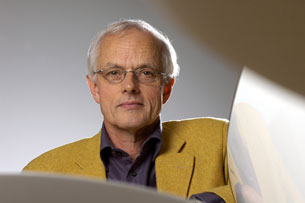