Belgian computer scientist Pattie Maes has always been a pioneer in her field. She obtained her doctorate in 1987 in Computational Reflection at the Vrije Universiteit Brussels and left two years later for the United States to do research on artificial intelligence and software agents at MIT. Her scientific achievements are impressive; not for nothing did she get honored by the World Economic Forum with the title 'Global Leader for Tomorrow'. She pioneered so-called recommendation systems which are now ubiquitous in online commerce, and was one of the pioneers inventing wearable computers. She now leads the Media Lab's Fluid Interfaces research group, which focuses on the radical reinvention of the human machine relationship. In recent years, Pattie Maes has been particularly interested in the topic of cognitive enhancement, or how immersive and wearable systems can support people with critical cognitive functions such as memory, attention, learning, decision-making, communication and well-being.

Rector magnificus prof. dr. Theo Bastiaens: 'Pattie Maes is an exceptional scientist. We have great admiration for her pioneering research into artificial intelligence, particularly its technological applications in human-machine learning. A shining example of excellent team-based, interdisciplinary, academic and application-oriented research. By awarding the honorary doctorate, the Open Universiteit also wishes to express its appreciation for the creativity and entrepreneurial spirit with which Pattie Maes puts research results into practice.' Fast Company named her one of 50 most influential designers (2011), and she was included in Time Digital's '50 Cyber Elite'. She is still actively involved as co-founder and advisor in start-ups by MIT students and researchers, including Tulip.Co, which recently became a 'Unicorn' company (i.e. a startup company valued at US$ 1 billion).

The honorary doctorate will be awarded during the celebration of the 38th dies natalis of the Open Universiteit on Friday, September 23, 2022 in Heerlen. Honorary supervisor is Prof. Dr. Hans van Ditmarsch, Professor of Artificial Intelligence. Two other honorary doctorates will be awarded during the dies natalis: to Professor Kim Putters, former director of the Dutch Social and Cultural Planning Office and new chair of the Dutch Social and Economic Council, and to Professor Michal Bobek, the Czech jurist and pioneer of European privacy law. 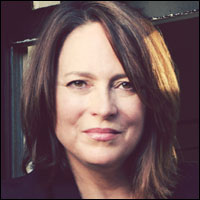