August 29st, last weekend of our summer period, marks also the United Nations International Day against Nuclear Tests. Previous generations were deeply concerned with nuclear disarmament, and with the end of the Cold War, attention in the Netherlands and in western Europe has shifted elsewhere. But that does not change the catastrophic, and indescribable, humanitarian, environmental, developmental and social consequences of the use of nuclear weapons. As such, the dream of a nuclear weapon-free world continues to inspire lawyers, statespersons and others to militate for prohibition. No less than J. Robert Oppenheimer, one of the leading scientists who helped the United States to develop the first atomic bomb, has called such armaments ‘the devil’s work’.1 At Los Alamos, site of the first nuclear detonation, Oppenheimer is famously said to have quoted the Hindu scripture the Bhagavad-Gita: 'I am become Death, the shatterer of worlds'.2 He devoted the rest of his life to nuclear disarmament.

Though of small comfort, and perhaps illustrative of the limits of law to contain and control the basest of human impulses, this column will briefly survey the international law framework governing the testing, possession and use of nuclear weapons.

The centrepiece of international legal regulation is the Nuclear Non-Proliferation Treaty (NPT) of 1967. This global disarmament treaty aims to prevent - or at least contain - the potential for the use of nuclear weapons. In its preamble, the NPT pointedly refers to the destructive potential of nuclear weapons, calling out 'the devastation that would be visited upon all mankind by a nuclear war and the consequent need to make every effort to avert the danger of such a war and to take measures to safeguard the security of peoples.'

The NPT’s focus, as befits its name, is on non-proliferation: it was a so-called ‘grand bargain’ in which the five declared nuclear powers in 1967 (China, France, the Soviet Union, the United Kingdom, and the United States—the five permanent members of the Security Council) were given special status, in exchange for an agreement to prevent the further proliferation of nuclear weapons technology to non-nuclear States (Article IV). A soft obligation for these five States to pursue negotiations on disarmament was embodied in Article VI, and has little legal weight 4 (though see below for recent developments). Article VII of the NPT has facilitated the creation of regional nuclear-weapon-free zones: these include Latin America and the Caribbean; the South Pacific; South East Asia; Africa; and Central Asia.5

Unsurprisingly, since 1967 new declared nuclear powers India and Pakistan have never become parties to the NPT, as they seek the same protected status as the declared nuclear powers. Israel has never publicly admitted nor denied having nuclear weapons, nor has publicly conducted a nuclear test, though it is widely understood to possess nuclear weapons. Finally, North Korea withdrew from the NPT in 2003; no longer bound by the prohibitions on nuclear armament,, it is the only State that still tests nuclear weapons, with its most recent test on 3 September 2017.6

Amongst most other States, it must be said that the NPT might be regarded as a success in containing nuclear testing and proliferation. Argentina, Brazil, Taiwan and South Korea all abandoned secret nuclear programmes during their transition to democratic government in the 1980s; South Africa abandoned its own development programme after the end of apartheid in 1994. Iraq’s secret programme was abandoned in the 1990s and was certainly ended by the US-led invasion of Iraq in 2003 - the same year that Libya voluntarily renounced its secret nuclear weapons efforts.

A special case is that of Iran, which is a party to the NPT and in a widely hailed 2015 Agreement with the five declared nuclear powers plus Germany, consented to reduce its capability to produce fissile material for nuclear weapons.7 In recent years, the Trump Administration has ostentatiously ended US support for the 2015 Agreement.

Towards a Treaty on the Prohibition of Nuclear Weapons (TPNW)?

The most recent developments in global nuclear disarmament and testing have come since October 2016, when the United Nations General Assembly passed a resolution8 opening negotiations on a binding treaty that would prohibit nuclear weapons, leading towards their total elimination. After negotiations beginning in March 2017, the text was adopted on 7 July 2017 by a vote of 122 in favour, only one vote against and one abstention. The TPNW has now been ratified by 44 States, and will enter into force (become binding) when a 50th State will have ratified it.9

Though the treaty looks promising, it has substantial obstacles to overcome. Though the TPNW delegitimises nuclear weapons and reinforces claims against their use, the entire negotiating process was boycotted by all nuclear weapons possessing States (mentioned above), most NATO members (with the sole exception of the Netherlands), and many military allies of nuclear weapons States. The United States, the United Kingdom, and France even issued a joint statement in 2017 criticising the TPNW as potentially undermining the earlier NPT.10 Non-proliferation thus remains the preferred strategy of most powerful States, rather than outright prohibition.

This brief overview can only touch upon the legal framework in this area, which remains inconclusive for those amongst us who would dream of a world free of nuclear weapons. Assymmetries of power continue to dominate and shape the law, in a circularity that has not been lost. To quote Martin Amis in Einstein’s Monsters:

May one day we break the deadlock.

1 L Barnett, 'J. Robert Oppenheimer', Life magazine (10 October 1949), at 121.
2 WL Laurence, Men and Atoms: the Discovery, the Uses and the Future of Atomic Energy (Simon & Schuster, 1959), 118.
3 ICJ, Legality of the Threat or Use of Nuclear Weapons, Advisory Opinion, ICJ Reports 1996, p. 226, para. 105 (E). [emphasis added]. The Court in fact voted 7-7 to give the opinion, with the deciding vote ('casting vote') given by the Court’s President.
4 Claims were taken unsuccessfully by the Marshall Islands in 2016 against the five above-mentioned States, as well as India, Pakistan, and Israel (all non-signatories to the NPT). These were dismissed by the International Court of Justice, which is the principal judicial organ of the United Nations, partly on the basis that no dispute existed between the States concerned.
5 See UN Disarmament Affairs website UN Office for Disarmament Affairs: (last accessed 19 August 2020).
6 See United States Geological Survey (last accessed 19 August 2020).
7 The 2015 Agreement is formally known as the ‘Joint Comprehensive Plan of Action’ and is available on the website of the Raad van de Europese Unie: (last accessed 19 August 2020).
8 UNGA Res 71/258 (23 December 2016).
9 See Article 15 of the Treaty on the Prohibition on Nuclear Weapons (signed 7 July 2017, not yet in force).
10 See Joint Statement by the USA, UK, and France Following its Adoption, (2017) 59 Harvard International Law Journal 1-11. 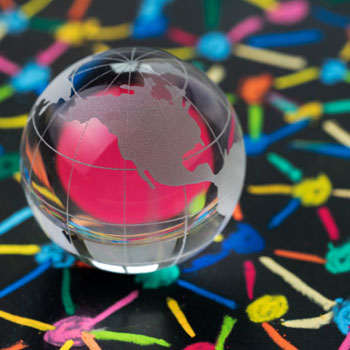 Transformative effects of globalisation and law in the Netherlands 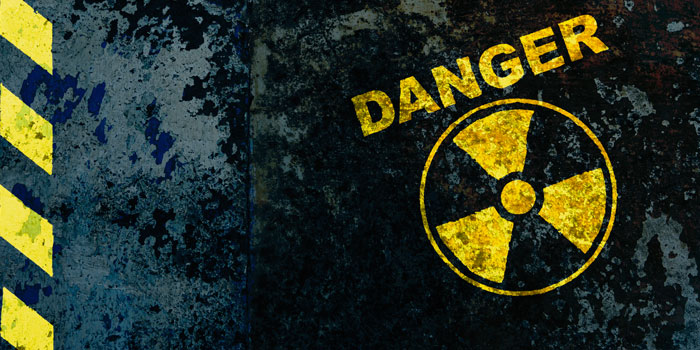